Today was an interesting day.

First of all,  the community store was robbed of $2,600 worth of cigarettes and tobacco in the early hours.  Going by the price of things out here that would be barely a shoe-box full.  It took until about 2 pm and a community meeting before things were sorted out.  The store was shut until then. Some, but not all, of the stolen stuff was recovered.  The culprit was identified, and will not be well regarded for his actions.  The store is owned by the community itself.
I was quite glad to be diverted from it all by one of my lads, who brought me a black headed python  (Aspidites melanocephalus ) that he had caught at a friend’s house not far from the Youth Centre.  He wanted to save it from being eaten.  These pythons are highly prized as a delicacy in these parts.  My young friend, like me, is very fond of snakes for themselves, not for any culinary reasons. He considers himself a “snake expert” and I am happy to let him teach me.  He handles even venomous snakes with confidence, and removed a king brown  from the school only last week.    I am really getting to like that kid.  We carried our new  python friend about all day until we found somewhere to let it go.  I would really have liked to keep it, but besides being illegal, it is impractical.  Especially when it would be eyed by everyone the way you might look at a particularly delicious chocolate cake.

Shortly after, he brought me a spotted nightjar that had flown into a car last night and broke its wing. I trimmed the feathers near the break, so I could splint and tape it, 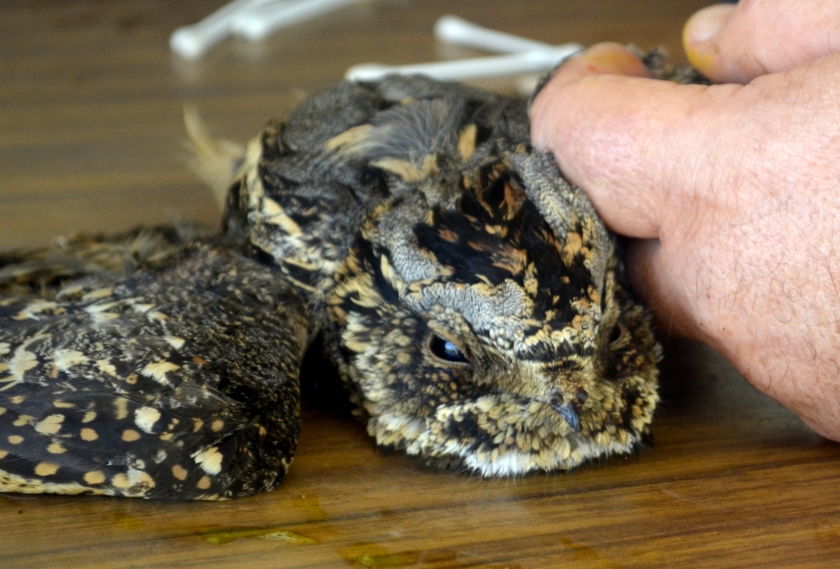 I now have it in a straw-filled cat box. I am not overly confident in the likelihood of its recovery but I am feeding it mince and water and keeping my fingers crossed.

It occurs to me that if it does survive it will probably never fly again and I have just acquired a new dependent. If so I shall probably name it Grumpy Cat.  Look at that face. (Edit: He didn’t make it. Died in the night.) 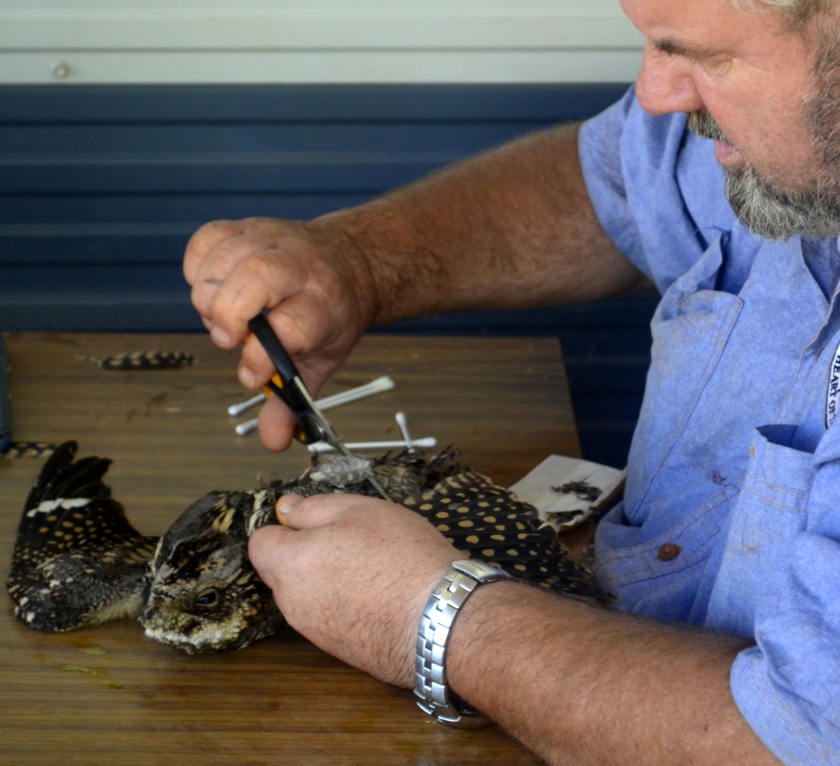 I took a bunch of boys and girls out into the desert looking for bush tucker, since many had not eaten breakfast because the store was not open .   Well – I drove, but they took me.   They know where all the interesting bushes are.   We brought back a bucket of “bush blackberries” to share with their families.   These are tiny little fruit that look like miniature plums.

After 2 the store opened.   I bought some sausages and bread and put on a BBQ.  Not sure I should have been cooking with a python around my neck. Lucky there were no health inspectors around.

Then another bunch of kids and I went out past lake Stretch looking for more bush tucker.  We found quite a lot.

I have now tried “bush blackberries”,  “bush tomato”, and mardijwah which I learned is a sticky gum exuded from the tree of the same name.  It is slightly sweet, with a pleasant, mild flavour and the consistency of amber coloured toffee with a runny centre like treacle.  The kids are certainly very keen on it, though apparently it causes severe flatulence.  It also , I am told,   gives one diarrhoea if one overindulges.  I drove my little friends home and got rid of them as soon as I could after I learned that.  I’m OK so far…

While I was doing all this, I was also baking sourdough bread.