Skip to content
Assuage
Pron:  əˈsweɪdʒ/
In one of those “hmm” moments that occur now and then in one’s life, it occurred to me that I was not entirely sure how to pronounce the word assuaged.  Dredging through my now fading memory I could not recall ever having heard the word said by anyone else.
It is one of many, many words that are not used in daily conversation and which one is often ever only likely to read.  I know perfectly well what it means, but on consideration, I realised I could not say it correctly with definitive certainty.  Az-swarge  or az-swayge?  It turns out to be the latter: əˈsweɪdʒ/ .   That settles that.  It took me nigh on sixty six years to determine the answer to a question I had never asked myself until now.
Why,  I hear you ask, was I wondering this in the first place?
I live alone with a dog and, until a couple of nights ago, a frog.  I talk to myself and to them.   Some days they are the only beings I talk to apart from under ten year old children for whom English is a second or third language.
Far from being a sign of insanity, talking to oneself is a habit of the wise.  We tend to speak to the most intelligent person in the room.  I use my vocabulary to its fullest extent as much as I can.  All too often these days I find myself groping for words that once came to me easily.  I worry about getting Alzheimers, so I constantly test my own memory in as many ways as I can.
Which is why I was asking Zeus the dog if he would like me to assuage his hunger by providing him with his daily dog bowl of delicious comestibles comprised of a handful of doggy biscuits,  a few scoops of canned dog food and a portion of the macaroni cheese that I had just made.  He indicated enthusiastically that he thought this was a great idea. Especially the macaroni cheese part.
While preparing his dinner I cheerfully pointed out to him that this bounteous meal was brought to him through the advantages of evolution, which led to me having opposable thumbs, which enabled me to open cans and use spoons, pots and pans.  And which also created in me the generous nature that made me  willing to share what I had in return for the dubious pleasure of his company.  I asked him to enlighten me as to how exactly did he fulfill his side of the bargain?  As far as I could tell his sole contribution to the arrangement was to bring back a knotted rope ball every time I threw it away.  It seemed a little one-sided when put that way.  I suggested he lift his game and learn some useful function.
It was about that time I began saying “az-swarge  or az-swayge?” to myself, and decided finally to look it up.  I found I had been thinking and pronouncing it wrongly all my life.
I remember well the very first word that I mispronounced that was corrected by a teacher:  Penelope.  I said pee ne lope (to rhyme with antelope).  I was embarrassed at the time to be corrected by an adult and to be laughed at by the others in my class.  Years later I realised I should not have been.  I should have been proud to have known the word at all. What other eight year old was reading Homer’s Odyssey?  When I encounter  people who mispronounce  words I do not laugh, because I figure they had found the word in a book, and were using it without ever having heard it spoken, just as I did when I told the class at school about Odysseus and Penelope in my book review. 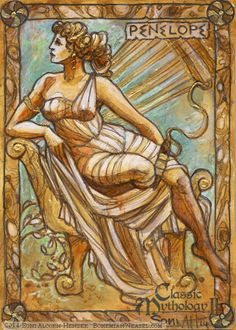 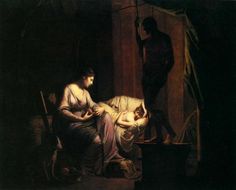 But then I wondered what kind of life did I lead these days if no one around me ever used words like assuage?
Note.  As I proofread the above words before hitting the publish button, I found myself still pronouncing assuage wrong in my head.
Visual non-sequitur: